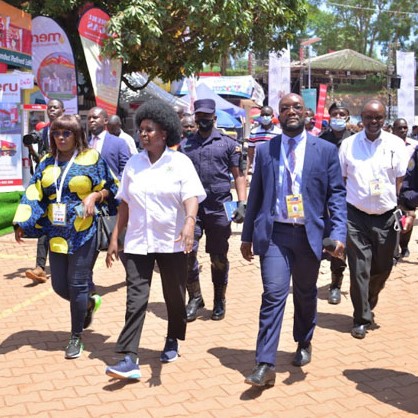 The government has today launched the 2022 National Exhibition for Science Week, (NEWS 22), Uganda’s annual showcase of science, technology and innovation to document progress made towards technological advancement to steer national development.

The week will be held between 6th to 10th November 2022 at the Kololo Ceremonial Ground under the theme “Uganda 2040; The Future We want through STI”.

Speaking today at the launch held at the Uganda Manufacturers Association (UMA) Trade Fair, where the Science, Technology and Innovation (STI) Secretariat is a platinum Sponsor, the Minister for Science, Technology and Innovation, Dr Monica Musenero said technological advancement in today’s world dictates that science and technology hold the key to the progress and development of any nation.

“As the world moves deep into the fourth industrial revolution, Science and Technology has taken on the fundamental role of wealth creation, improvement of the quality of life and real economic growth and transformation. The Government of Uganda has positioned STI as the vital driver for socio-economic development and transformation as laid down Vision 2040.

The National Exhibition Week for Science (NEWS) provides us with a platform to showcase innovations and technologies across all sectors that are steering us towards achieving the national development goals and fighting poverty.” 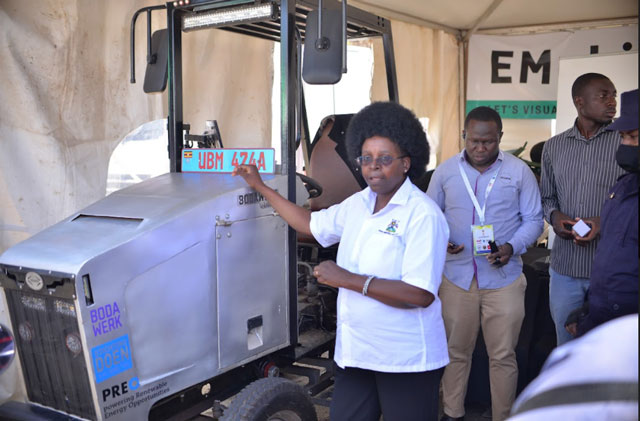 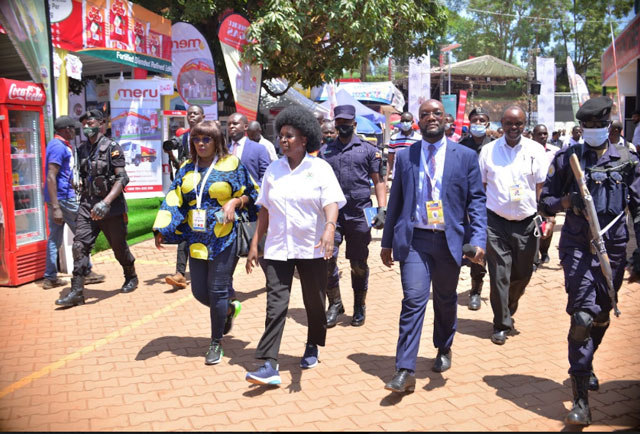 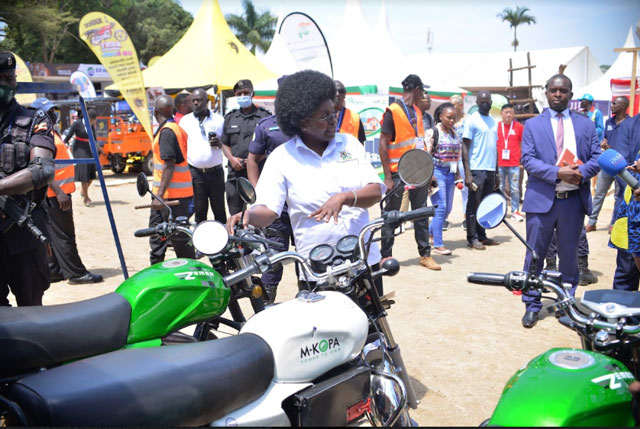 The NEWS will come to a crescendo into the Celebration of the World Science Day for Peace and Development, on 10th November, 2022 where H.E the President is the Chief Guest accompanies alongside visiting Heads of State.

“Our vision is to see Uganda as the best technologically advanced and most innovative nation in the region.

STI is a key driver of economic growth and a prime source of competition in the global marketplace. “At least 50% of global economic development is attributable to innovations and investment in STI,” Dr Musenero added.

According to NDP III, the government will invest in development of a solid eco-system through incorporating science education in primary, secondary and university curricula thereby making science and technology accessible at all levels of learning, partnerships between university research institutions and industry to make it attractive for human capital development and raising awareness of how research can drive high technology innovation and wealth creation.

“The government is cognizant of the need to invest in research and innovation for sustainable socio-economic transformation. A number of projects have been undertaken including: Research and Development in vaccines, diagnostics and therapeutics; manufacture of both clean diesel engine and electric buses; construction of Uganda’s first satellite due for launch in November 2022; facilitating the adoption and local manufacturing of Industry 4.0+ technologies sector; construction of skilling and component manufacturing centres; among others. All these and more will be on display for the public to witness during the National Science for Week exhibition,” Dr. Musenero added.

Through this activity, we intend to create awareness of value addition resulting from Science, Technology and Innovation, foster strategic partnerships with various stakeholders including public and private sector, and increase market potential of indigenous products in the region and globally so as to enhance Uganda’s competitiveness both within the region and globally,” Dr. Musenero said.

“The exhibition at the Kololo Airstrip is one that we are looking forward to especially as we showcase the innovations that are being championed by the enterprising youth of this nation. Opportunities to acquire the necessary investment and support to take these innovations to the market will also be presented. I encourage all stakeholders; government MDAs, private sector, academia, research institutions, development partners, the business community and the general public to come in large numbers and attend as we all play a part towards creating the future of our beloved nation,” she concluded.

reality and see how we are measuring up, to the legacy of our forbearers, and the promise of future generations. I can no more disown him than I can my white grandmother – a woman who helped raise me, a woman who sacrificed again and again for me, a woman who loves me as much as she loves anything in this world, but a woman who once confessed her fear of black men who passed by her on the street, and who on more than one occasion has uttered racial or ethnic stereotypes that made me cringe. But my personal story is not so unique. That is in Israel’s interest, Palestine’s interest, America’s interest, and the world’s interest. That commitment is at the core of the Treaty, and it must be kept for all who fully abide by it.

Again and again, we’ve seen him make tough choices when easier ones were available. But the truth is, that isn’t all that I know of the man. I get it.

But they sense, deep in their bones, that with just a slight change in priorities, we can make sure that every child in America has a decent shot at life, and that the doors of opportunity remain open to all. We would be making the same mistake that Reverend Wright made in his offending sermons about America – to simplify and stereotype and amplify the negative to the point that it distorts reality. Let us be our brother’s keeper, Scripture tells us. I will rebuild our military to meet future conflicts. Over seven years ago, the United States pursued al Qaeda and the Taliban with broad international support. The Internet and television can bring knowledge and information, but also offensive sexuality and mindless violence.

More of you have lost your homes and even more are watching your home values plummet. I know there are differences on same-sex marriage, but surely we can agree that our gay and lesbian brothers and sisters deserve to visit the person they love in the hospital and to live lives free of discrimination. The men and women who gathered there could’ve heard many things. Tomorrow, I will visit Buchenwald, which was part of a network of camps where Jews were enslaved, tortured, shot and gassed to death by the Third Reich. I know there has been controversy about the promotion of democracy in recent years, and much of this controversy is connected to the war in Iraq.

Did I ever hear him make remarks that could be considered controversial while I sat in church? Yes. When a new flu infects one human being, all are at risk.

We worship an awesome God in the Blue States, and we don’t like federal agents poking around in our libraries in the Red States. I submitted myself to His will, and dedicated myself to discovering His truth and carrying out His works. I know there are differences on same-sex marriage, but surely we can agree that our gay and lesbian brothers and sisters deserve to visit the person they love in the hospital and to live lives free of discrimination. We see it in the history of Andalusia and Cordoba during the Inquisition.

Retrieved from the Observer https://www.independent.co.ug/musenero-science-and-technology-has-fundamental-role-of-wealth-creation/ 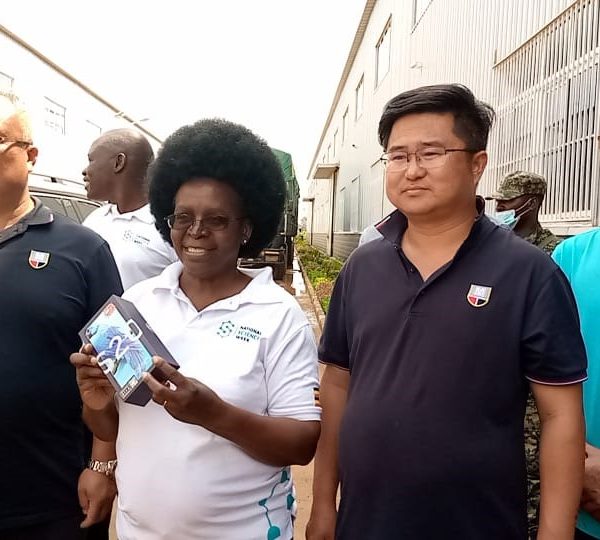 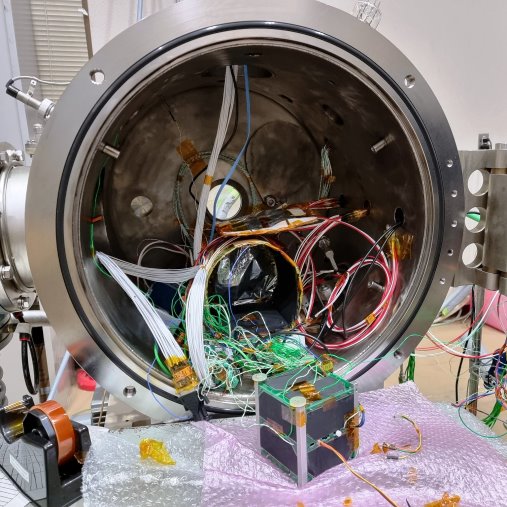 No comments to show.

Join The STI Campaign of Making Uganda the Best